I’m guessing all Cothi Gardeners will have received Yvonne’s recent email about the plant fair this coming Sunday July 7th which runs from 10 – 3 pm in the field behind the hall at Pumsaint with refreshments and additional craft stalls inside the hall. This year the fair is being staged by Ceredigion Growers association so there will again be a wide range of plants for sale provided by the list of nurseries who are members of this local group of commercial nurseries. Click here for an idea of what’s likely to be available.

Cothi Gardeners will be once more be providing refreshments in the hall, as well as a plant stall and tombola, and for any club members who haven’t yet got in touch, it’s not too late to help out and become involved – either on the day, or by providing a cake or a few plants for sale. As a certain supermarket says, ” every little helps”, and the funds raised on the day will help with the costs incurred by the club with booking future speakers, and helping towards keeping membership fees down. Plus a donation will be made towards the Welsh Air Ambulance Service. With the current dry weather likely to continue, it promises to be another great day, without the extreme heat that gripped us this time last year.

For those unable to make last month’s meeting,  we all enjoyed an excellent presentation from Helen Picton of Old Court Nurseries at Colwall on the subject of Asters. Helen gave the background to how her family came to be involved with the running and development of the nursery site at Colwall. The land was initially set up as a breeding ground/trial for new forms of Asters by Ernest Ballard in the first decade of the 1900’s. Asters then were limited in colour range, and Ballard created many new single and double forms, particularly of the New York Asters – A. novi-begii, concentrating as well on producing more garden worthy forms with shorter stems and better flowering which became very popular with gardeners of that era.

Ballard’s business continued to be successful for many years, but as he aged and also lost some of this growing space during the second world war, requisitioned for food crops, he engaged Percy Picton as a nursery manager.  Percy, Helen’s grandfather, had many years experience working as head gardener at significant estates including 15 years at Gravetye under William Robinson, and was able to buy the nursery business from Ballard’s widow in the 1950’s. However this coincided with Asters falling out of fashion with the gardening public.

Percy and his son Paul, managed to keep the nursery viable by diversifying into other plant forms, but the numbers of Asters they cultivated gradually dwindled away with the lack of demand. After marrying, Paul’s wife suggested in the 1970’s that it might be nice to grow a few more Asters, and so the nursery began the long process of building up numbers to their current status of holding over 400 different species and cultivars.

Helen ran through the main 5 classification groups of Asters and several of her favourite forms; how to grow them well, and advice on division and propagation methods.

She also showed photos of the extensive display gardens and how the Aster beds had to be completely reworked a few years ago after disease problems began to weaken the plants.

Helen explained that the Aster display really reaches its peak at the end of September/beginning of October, so perhaps Cothi members who travel over to Hergest Croft for the seed collection trip in late September might like to think about heading on the extra hour to Colwall in the afternoon to see the Aster display?

It was great to see so many members, guests and a few new faces present to enjoy this wonderful talk.

We’re fortunate to have another excellent talk lined up for our July meeting on Wednesday 17th, when Alun and Jill Whitehead visit us to talk about growing “Irises for the Natural garden”.

Alun and Jill hold a National Collection of Iris sibirica at their garden and nursery, Aulden Farm, deep in the Herefordshire countryside. But they grow many other plants as well, beautifully displayed in their 3 acre garden, which they have created from scratch, over many years. Click here for their website.

They’ll be bringing along plants for sale too.

We took a break on Monday lunchtime from the hard graft of our annual wildflower hay making to visit Aberglasney gardens. Mainly to see their rambling roses, but as ever there’s so much to see there, and its well worth a trip out if you can manage it soon and catch some of these amazing vistas. It’s always very easy to be inspired here, and pick up some great ideas or specific plant names in this world class garden … 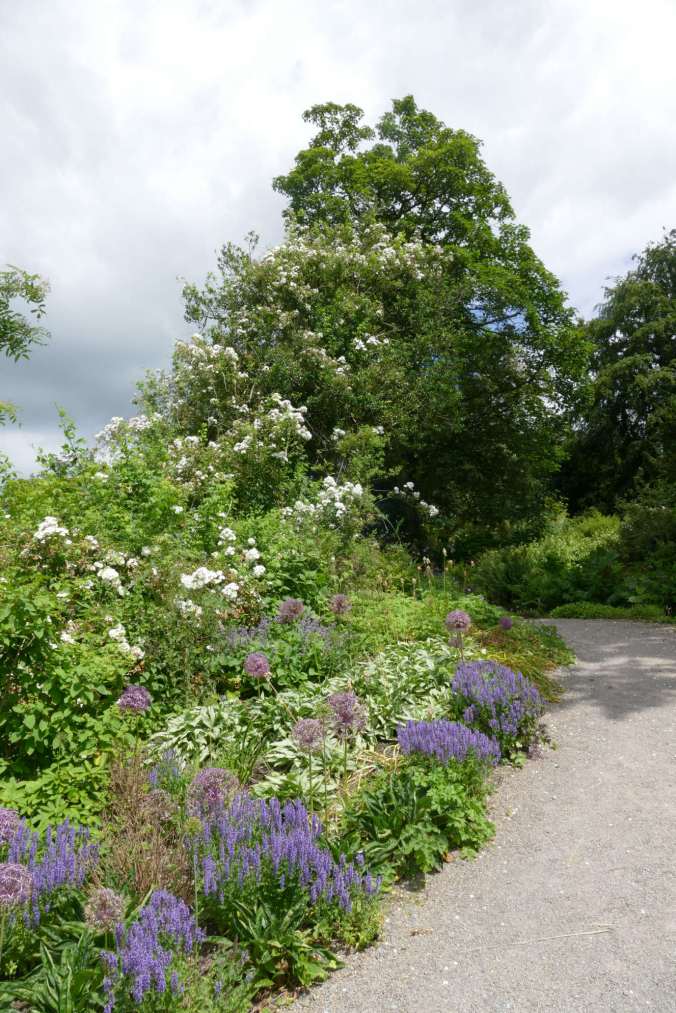 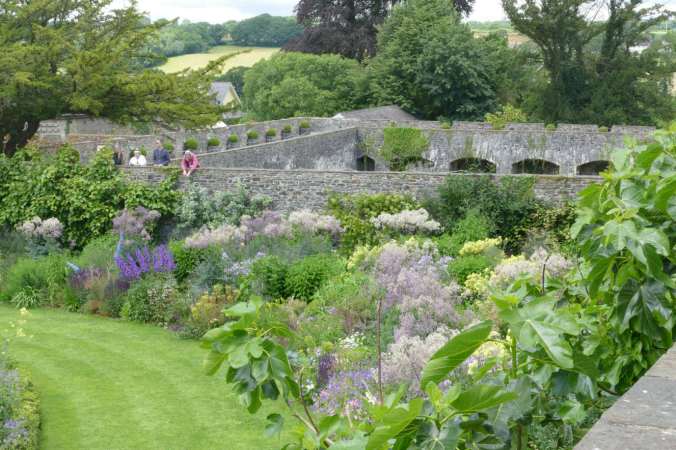 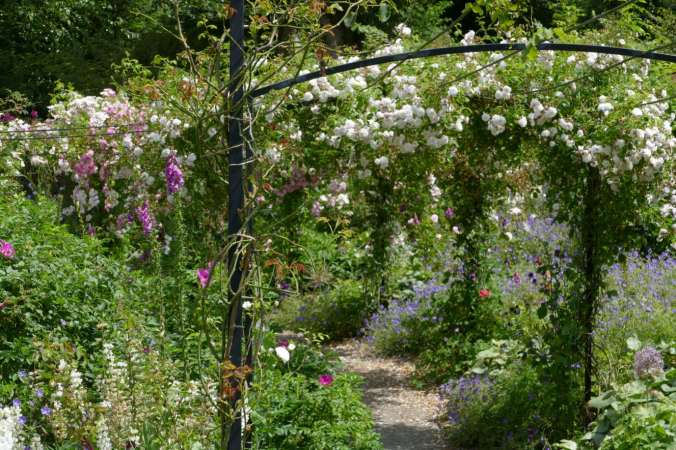 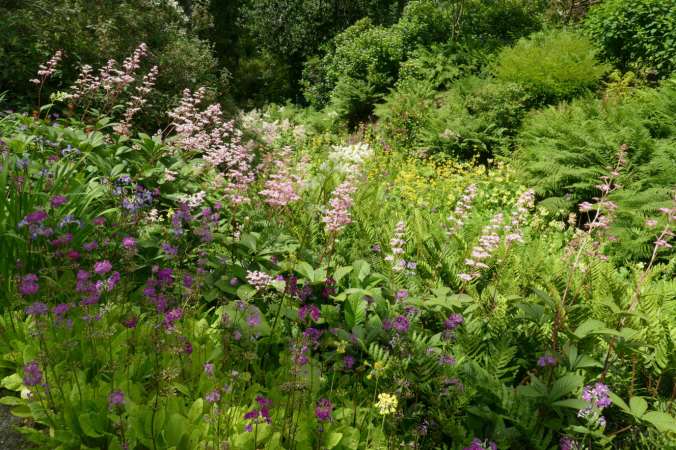 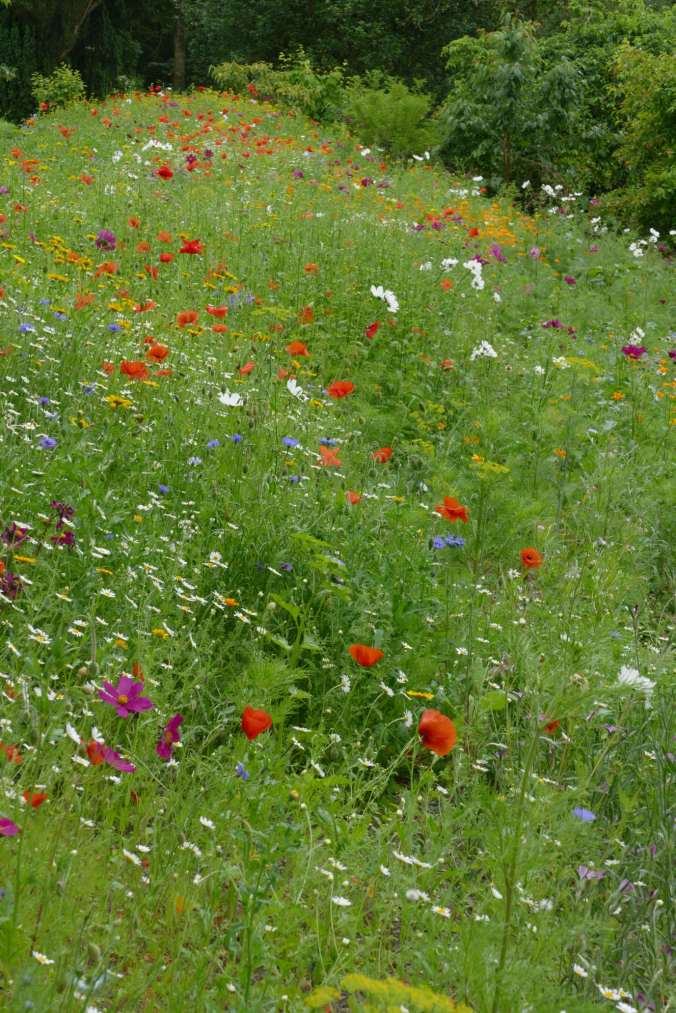 If any Cothigardeners would like some green hay from our meadows, do get in touch with me asap (cothigardeners@gmail.com) – we’ve worked out a simple system for collecting it, and it’s becoming ever more florally diverse.  You simply spread it onto an existing flower poor, grassy area, within about 24 hours of being cut, whilst still fresh. The seeds fall out, and it’s a very effective way of moving an area from simply lawn or flower free grass, to one studded with wildflowers and greater grass species diversity. And it’s much easier than collecting and scattering individual species seeds, which is how I started the process with our meadows several years ago! 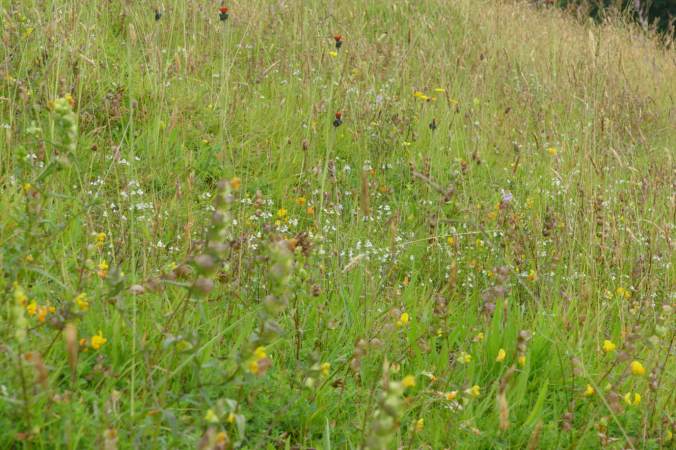