Bob Brown –  “Too many plants, too little space”

Preceded by another successful Pie Night at the Dolaucothi Arms, our October meeting saw us entertained by our ‘big name’ speaker for this year, Bob Brown from Cotswold Garden Flowers. The hall was packed with 40 visitors swelling our club numbers to over 80. There were some excellent raffle prizes to be won and members did us proud with their cake baking for the refreshments 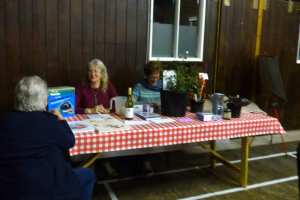 Bob lived up to his reputation and gave us a highly informative and amusing talk on the subject ‘Too many plants, too little space’. Below is a brief summary of the main points he made.

“Too many plants, too little space”

Bob also brought some of his lovely plants to sell, many of which were mentioned in the talk.

Many thanks to all those involved with the smooth running of the evening, and especially our programme organisers, Brenda and Yvonne, whose brainchild it was. 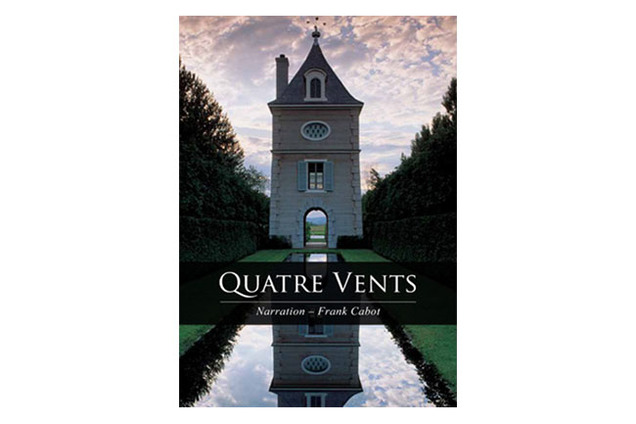 November’s meeting will be a quieter affair but non-the-less very interesting. We are showing the film made and narrated by Frank Cabot about the development of his family’s garden ‘Quatre Vents’ near Quebec in Canada.  Frank and Anne Cabot were the primary benefactors of the Aberglasney Restoration Trust. He set up the Garden Conservancy in the States to help save and restore special gardens around the world. Click here to read more. Sadly Frank died in 2011 aged 86.

The following is a quote about Frank Cabot from Alexander Reford, director of the renowned family-owned Jardins du Métis, also in Quebec.

“He was a formidable character and an inspiration to gardeners, both amateur and professional who work to emulate his horticultural prowess. His wit and wisdom were a welcome addition to our lives, his erudition encouraged many to take up gardening seriously, and his irony made sure that we did not do so excessively. He inherited the land, but he made the garden; it was his from start to finish. Whenever I saw him he was in jeans, his rubber boots, knee pads, dirt under his fingernails. He had an encyclopedic knowledge of plants.”

Even though the property has been open to the general public for only four days each summer, the gardens are world renowned. Hilary Weston and Nicole Eaton featured them in their book In a Canadian Garden, and Reader’s Digest once referred to them as “Canada’s best kept secret.”

In the year 2000 Frank Cabot was awarded the Veitch medal by the Royal Horticultural Society. He also received the Garden Club of America’s 2006 Achievement Award for “the greatest horticultural accomplishment in America in the last half-century” and numerous other awards. 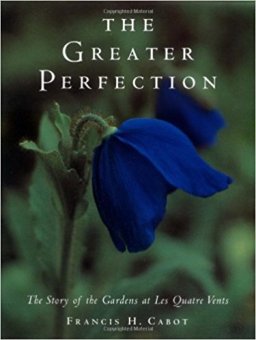 “His book, The Greater Perfection, received the Council of Botanical and Horticultural Libraries’ 2003 Literature Award, and was described as “one of the best books ever written about the making of a garden by its creator”

Perhaps Gardens Illustrated described him best:  “part eccentric, part scholar; a thinker, a gatherer of ideas, a plantsman, and a patron… above all, as is essential to all great gardeners, he is a visionary.”

The film shows gardening on a grand scale, but is still very stimulating, and you may well not get a chance to see it anywhere else, so it’s well worth coming along. 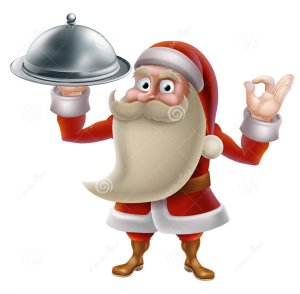 Our Christmas meal this year is a buffet and will be held on the evening of Wednesday December 13th at the Dolaucothi Arms, meeting at about 6.30 pm for a 6.45 to 7 pm start. Final details will be circulated nearer the time but members should be aware that places are limited, so if you do want to come you need to let Julian or Stephen know as soon as possible to secure your place. Payment needs to be made by the November meeting at the latest. The menu is below.

Two events which are no doubt already in your diaries……….

First off is our big speaker meeting with Bob Brown of Cotswold Garden Flowers  (preceded by Pie Night at the Dolaucothi Arms) ……….

………….. and that is quickly followed John and Helen’s plant sale. This goes from strength to strength this year with Keith Brown selling plants as well as (it is rumoured) his friendsTony and Sylvia Marden, from Shady Plants in Gloucestershire. 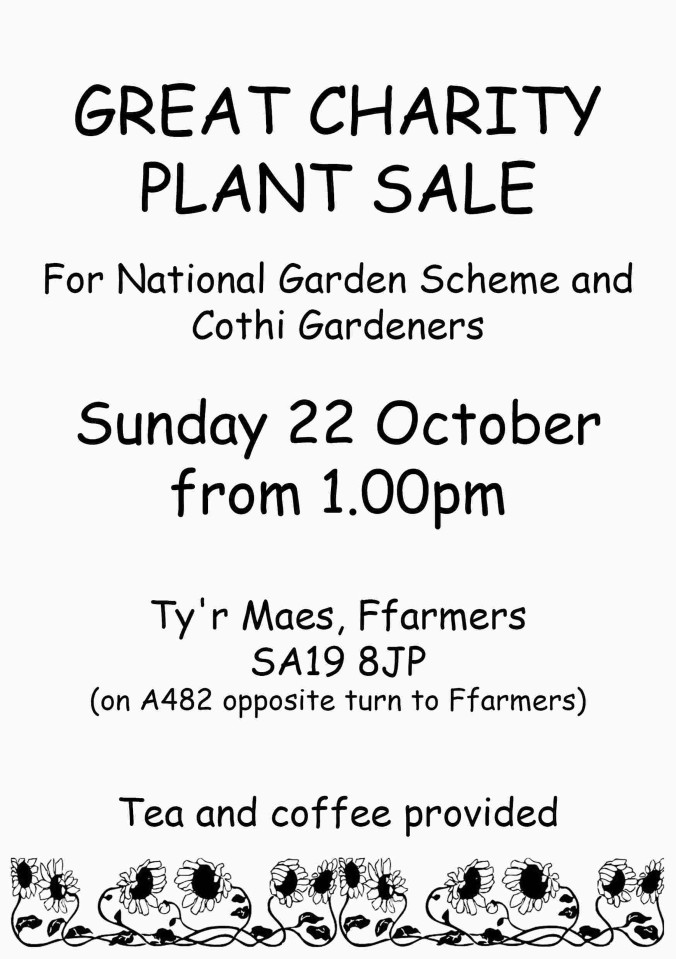