Nearly a month has passed from the last update, and although Wales is now out of extreme lock down, and people can travel more freely, indoor meetings still seem to be a fair way off. 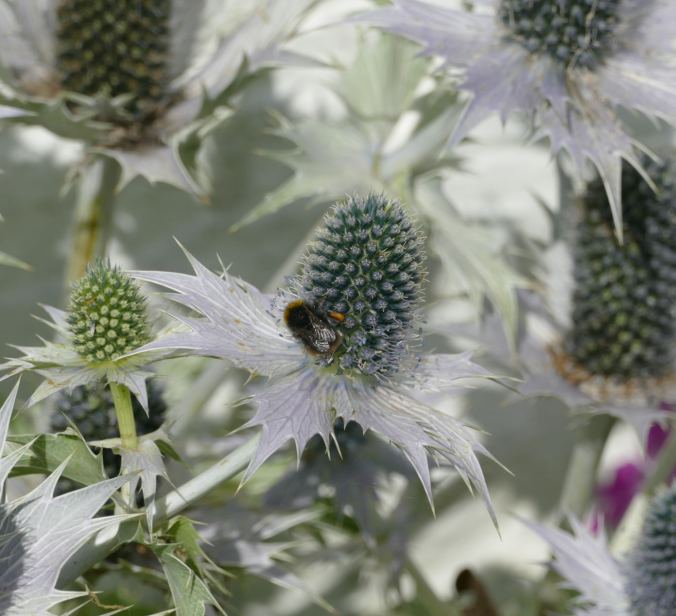 Many thanks to Yvonne who sent me this …

Have you heard of Love Orchids? They’re based in New Milton, near Bournemouth. They used to supply the supermarkets, but when lock down came, that all halted, so they started selling direct to the public. 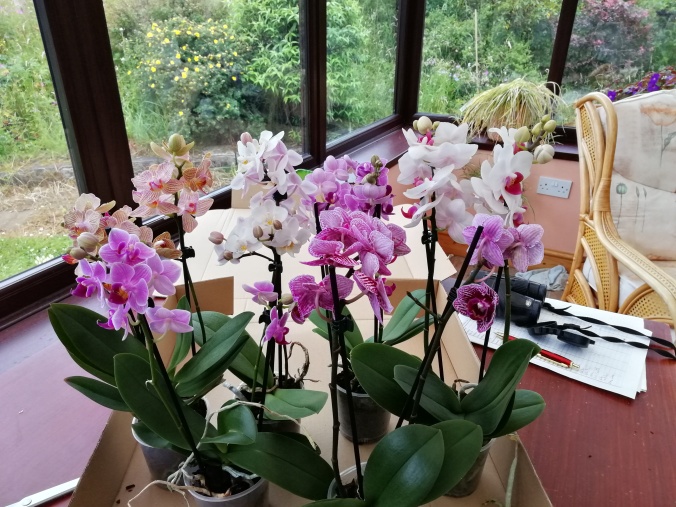 These arrived promptly. They all have 2 spikes, and were well packed.

I’ve had a request from a member who’s asked me if other Cothi members have had any landscaping work done by Eynon Price based near Llandeilo, since she’s planning a major redesign of her garden. If anyone has any feedback about Eynon that they’d like to share, if they send it to me, I can forward it on to Jane.  Thanks. Cothigardeners@gmail.com 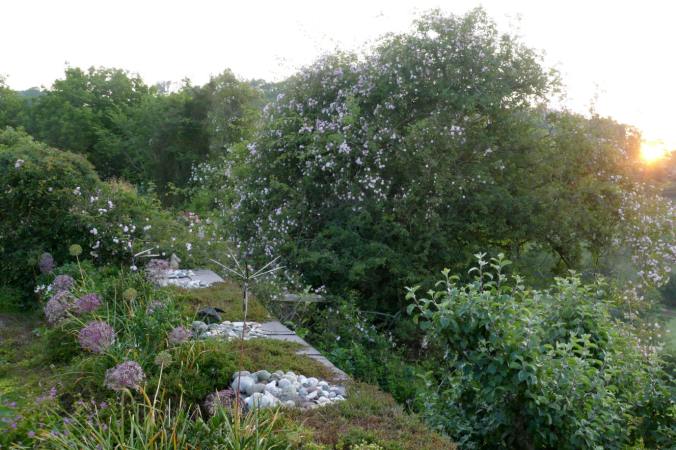 Members may have picked up that some Welsh NGS gardens are now opening, though   with some necessary restrictions thanks to the Covid pandemic.  Here at Gelli Uchaf we hope to have our first socially distanced visitors this weekend after a delay because of changing weather forecasts. John and Helen are also now opening, as we are, by prior arrangement only.

The full list of bookable NGS garden visits are accessible here. Sadly such visits won’t for now have teas or the same amount of social interaction as previously. Equally it will mean that visits are likely to be much quieter and more private, so brilliant for peacefully appreciating the gardens. Plus of course, as before, they’ll help to raise funds for the mainly nursing charities which the NGS supports.

We had our own private guided tour of John and Helen’s garden last week, on a rare trip out for us, and it’s looking stunning and has recovered really well after the late frosts which hit some of the Magnolias hard. We also did a bit of mutual plant swapping – a trade of some Sorbus seedlings from the Hergest trip last year for many perennial delights from John’s garden. Thanks John and Helen. Well worth a visit for any who haven’t been for a while.

Here the rather mixed bag of weather of late has caused challenges with making hay, though the upside to this is the meadow flowers are looking lovelier than ever this year. 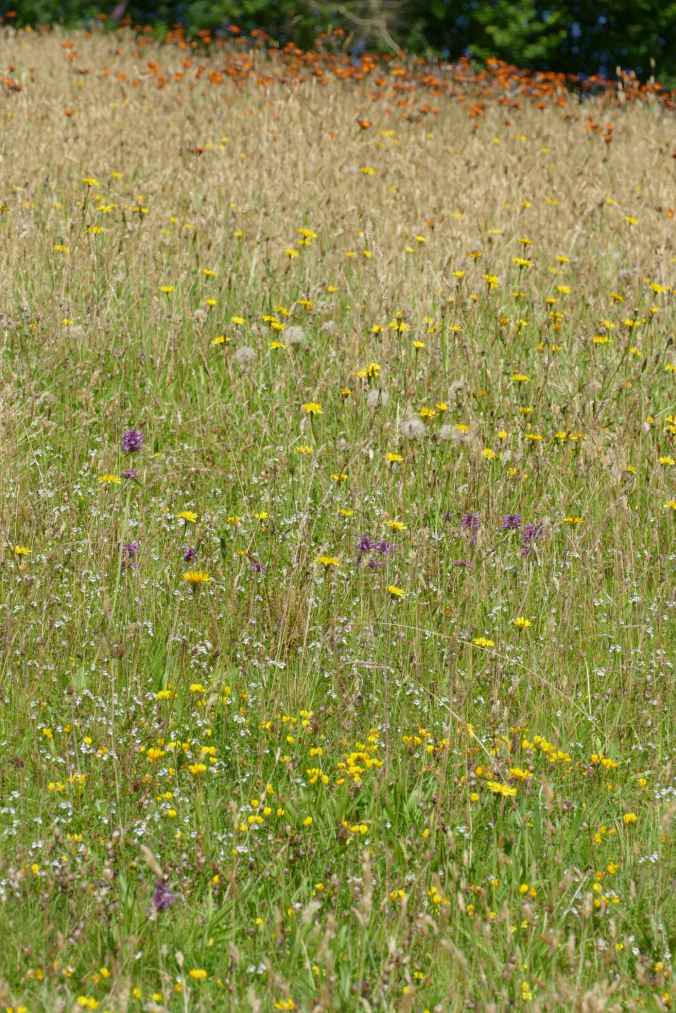 Rambling roses which looked stunning towards the end of June have been brought to an abrupt end by all the damp grey conditions, but our apples have never looked as good, and after the very dry spring the foliage still seems to be in surprisingly good shape in spite of the dreary July weather. 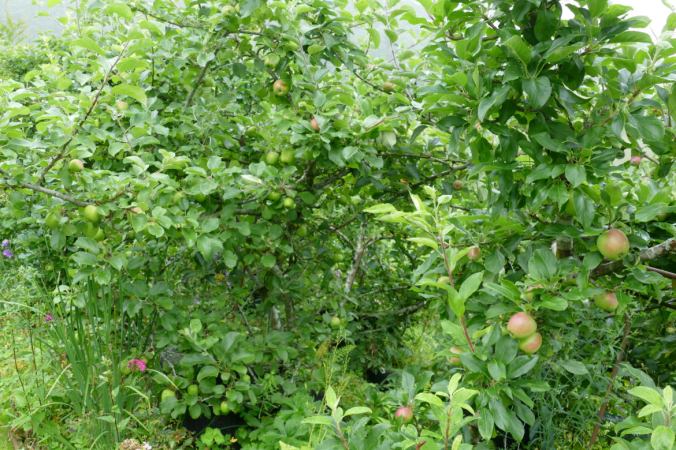 The RHS recently posted a great short video on thinning apples. I never used to bother doing this when the apple trees were small. I couldn’t bear losing fruit. But it really does make a difference to the quality of a crop, and also helps to prevent biennial cropping where a tree produces so much one year, it takes a year off the following season to recover. It’s not too late to do this, as this video explains. The other way of looking at it is that you should pick off all the fruit and diseased fruitlets anyway to limit disease in subsequent years, so removing excess numbers now, saves picking time later.

With limits on options for travelling for many people, I thought I’d share a link to Gardening Masterclass zoom sessions. This has been spun out of a physical programme of events which were planned to take place throughout this summer with some of the most well known gardeners and designers from the UK, and further afield. Obviously the physical events have been cancelled, but Annie Guilfoyle and Noel Kingsbury who set up this concept decided to go online with it.

This You Tube link explains more about it, and then switches to an hour long discussion with Fergus Garrett from Great Dixter, widely regarded as one of the greatest English gardens, into how he’s coping with the challenges of the pandemic, and how he designs and creates the amazing displays there. If you can bear the sometimes dodgy video images, where internet speeds are clearly a bit poor, it’s worth a look.  It’s just one of many such pieces currently available, which might give us all an alternative viewing option for a wet July evening.

I shan’t include any video footage of the other 2 honeybee swarms that have moved in over the last month, but the short video clip shows just how much honey bees seem to appreciate the pollen in opium poppies.

This particular stunning form was given to us as seed by Jane and Ivor Stokes years ago, but being a poppy has decided not to appear for a few years now. This year we have just two plants, but the bees adore the pollen so much, that even with just a single flower open at any one time, half a dozen will try to cram in at the same time. Whether the pollen is laced in any way, isn’t clear, but I have discovered that it’s only the pollen they’re after. Apparently all poppies lack nectaries, so don’t produce any nectar. 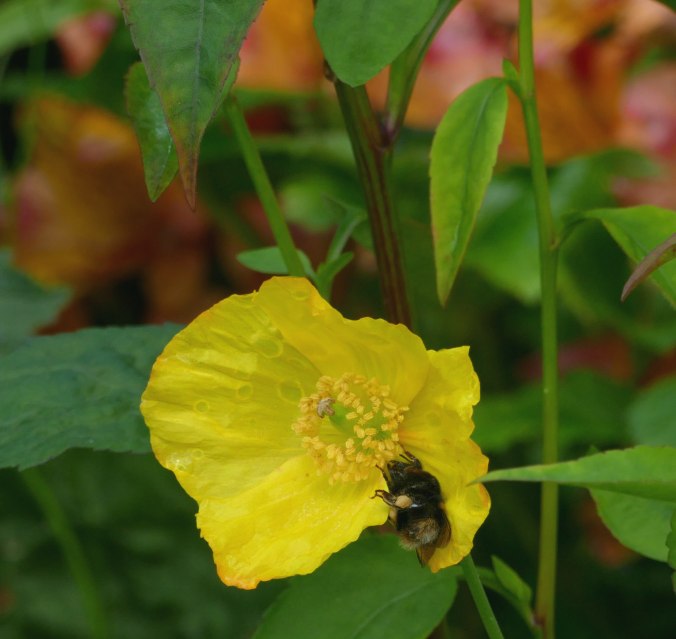 It’s been estimated that a typical wild honey bee colony will need to harvest about 20 kg of pollen to sustain it over a season, so every little helps. A commercial hive may need 50 % more than this. Since a bee with well loaded pollen sacs will only carry about 15 mg per trip, that means 1.3 million pollen foraging trips per season to collect the weight of pollen needed!  So the more pollen laden flowers around, the better.

We’re just coming to the end of The Bees Needs Week 2020 organised by Bumblebee Conservation Trust. Again, no physical events this year, but click here for more information on how it’s vital we all grow appropriate flowers to help support our pollinators.  Their 5 top suggestions for helping are : 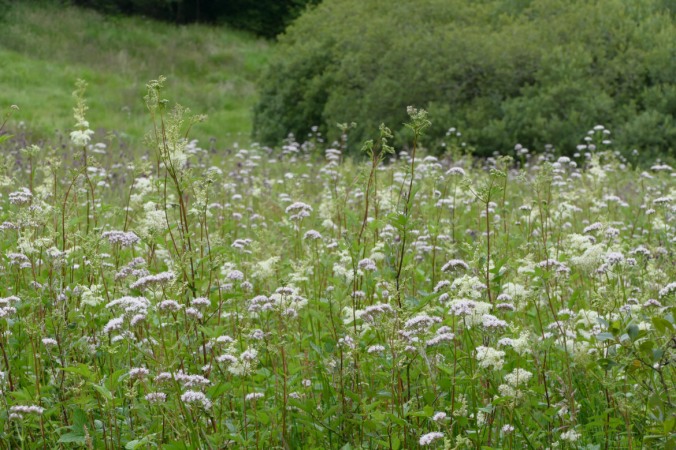 5. Think carefully about whether to use pesticides 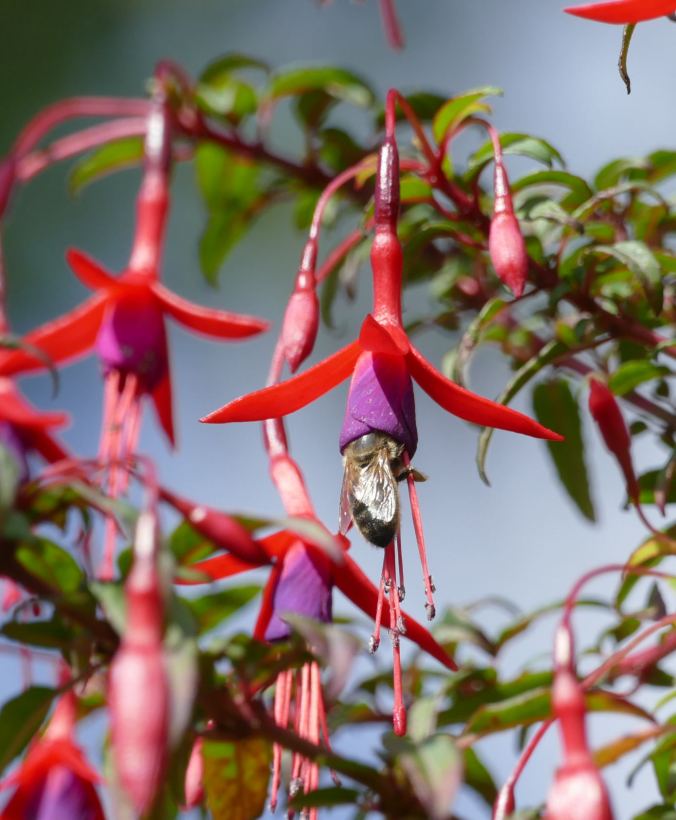 Finally, as always, it would be lovely to hear from members about their favourite plants, or things in their gardens as we go through the next few months. Why not write a few words and send an image or two, preferably resized down to less than 1 MB? I can’t promise to put everything up online immediately, but usually within a fortnight, and it’s a great way of keeping in touch and passing on information.

You can send things to me at:

Thanks again to Yvonne for contributing to this post.